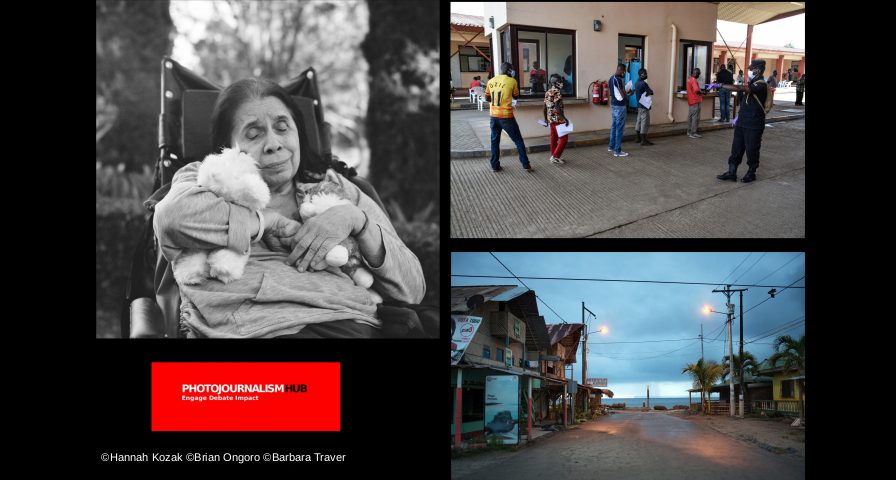 Barbara Traver, is a photographer based in Spain. She studied at the Espai d’art fotogràfic school (Valencia, Spain) and completed a master’s degree in production and photographic projects at the same centre together with the University of Valencia. That same year, Barbara won a scholarship to study in Madrid (Spain) at the EFTI school, where she took a course in contemporary photography and another in photojournalism and documentary photography. She has self-published two photo-books, exhibited in various national and international venues, and given several lectures where she delves into visual education and bringing photography to all audiences. Barbara is also the founder of @iphotograp.her , a collective of women photographers around the world.

Brian Ongoro, is a photojournalist based in Kisumu, Kenya majoring on documentary, editorial and commercial photography. He has carried out assignments for media houses, news agencies and non-governmental organisations. Brian’s work is known for covering East Africa and has been published nationally and internationally, including BBC, Al Jazeera, Guardian, CNN, Bloomberg, Le Monde. Brian is a contributor of AFP photo.

Hannah Kozak, is a photographer based in Los Angeles, California, who was born to a Polish father and a Guatemalan mother. At the age of ten, she was given a Kodak Brownie camera by her father, Sol, a survivor of eight Nazi forced labour camps and began instinctively capturing images that felt honest and real. While working in a camera store at the age of twenty, Hannah’s life changed when she met a successful stunt woman who became her mentor and helped her start a career in stunts. For over twenty-five years, Hannah followed a career in the film industry capturing images of far away lands, however after decades of standing in for someone else, Hannah has turned the camera on herself documenting subjects that touches her emotionally, including her painful and deeply touching relationship with her mother, powerfully captured in ‘He Threw the Last Punch Too Hard’ photo book and photo story.