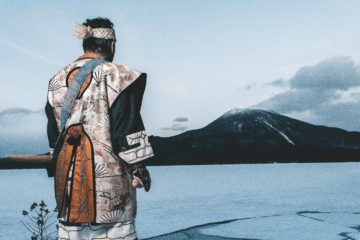 Master – An Ainu Story’ tells the the life story of an Ainu man – Kenji Matsuda, who grew up being discriminated against in his own land because of his Ainu heritage and gives a rare insight into the life of the indigenous people of northern Japan. There is very little documentation on the Ainu in English and few Japanese know much about them. It is thought that there may be up to 200 000 people of Ainu descent living in Japan today, but due to the history of discrimination against them only 10 percent of that number will admit to having Ainu roots. This exhibition looks at the personal story of a man who carried the legacy of shame from his grandparents generation and has tried to help revitalise this deep and rich culture that the Japanese government attempted to eliminate at the end of the 19th century.

The exhibition ‘Master- An Ainu Story’ is currently showing at The Brunei Gallery, SOAS in London until 15th December. Open everyday except Sunday & Monday from 10:30am – 5pm, and until 8pm on Thursdays. 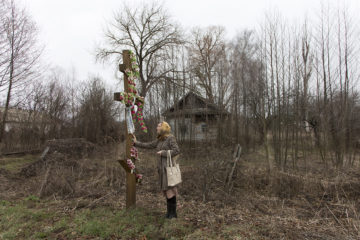 In April 2015 I travelled to Ukraine to document the long-lasting implications of Chernobyl’s nuclear disaster for both the environment and the people 30 years after the disaster. The Chernobyl’s accident seems to have been forgotten by society. I wanted to give a voice to the lives of those carrying on with the poisonous legacy of Chernobyl. In my first trip, I visited the 30 km exclusion zone where around 200 people are still living. For my research I interviewed doctors working at the National Institute Cancer Research in Ukraine, NGOs working with victims of Chernobyl and scientists who are studying the DNA modifications both in plants and human beings. I become very interested in remote areas, which are still contaminated by radiation and where people have limited access to hospitals and doctors.

“Life after Chernobyl” portrays life both inside the 30 Km exclusion zone and Narodichi region, 50 km  southwest of the nuclear plant. This turned out to be one of the worst hit areas by radiation but only detected five years later. With my collective “Food of war” we are helping to raise awareness of the Chernobyl’s accident through European exhibitions, talks and conferences. We have also collaborated with artists reflecting on the consumption of food in countries where radiation travelled after the 1986’s accident. Life after Chernobyl is an ongoing project that I would like to develop into a book and a short film. 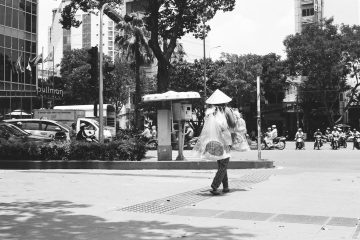 ‘Women of the Market’ is a photo-essay that documents the daily lives of the women that run the Vietnamese marketplace. I wanted to highlight the grit, grime, strength and beauty of the women that provide for their families. Their relentless work ethic and acute knowledge of the wet market is expressed in these photographs.