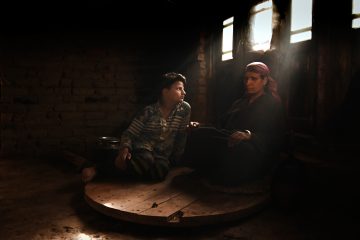 Kashmir in the last 30 years has been reduced to a land of pain and misery with thousands dead, disappeared, raped, detained and tortured. When an anti-India insurgency began in 1989, the mighty forces that India employed here crushed the rebellion. Since then more than 90,000 people have died and 8,000are disappeared.

The ongoing conflict mounted scars not only on the adults but the new generation. The young children’s were badly affected with hundreds killed, thousands blinded, amputated bodies, and detained in Indian jails.

With more than half a million Indian troops stationed, Kashmir has the distinction of being the most heavily militarized zone in the world. The Indian forces enjoy special powers under laws such as the Armed Forces special Powers Act (AFSPA) that gives them immunity and impunity to arrest or kill anyone on mere suspicion, without the fear of facing legal action.

The turmoil has devastated an entire generation. People have gone through worst in these turbulent times. The story is all about the Children’s who are the Future of Kashmir and a yearning of new generation to live a life of peace and dignity.

The images shot by me are somehow my own childhood experiences, as I grew in such condition seeing things periodically right from the time when rebellion broke out in Kashmir.

Mubashir Hassan
Mubashir Hassan is a freelance photojournalist based in Kashmir valley, India. For the past six year, Mubashir has covered many stories on politics, conflict, human rights violations, as well as day to day life, art, culture and architecture. He is available for assignments.

On the project
‘Children: The forgotten future of Kashmir’ is an ongoing project by photojournalist Mubashir Hassan that focuses on the children living under the conflicted area of Kashmir valley. It documents the impact that the conflict has on their lives; from being physically maimed, psychologically traumatised and deprived of a future. ‘Children: The forgotten future of Kashmir’ is a personal project. It is an important story that needs to be seen and told. If you would like to support Mubashir, please be in touch with him. He is looking for commissions, representation and/or donations, which albeit small would make a huge difference for him. You can get in touch with Mubashir directly on: