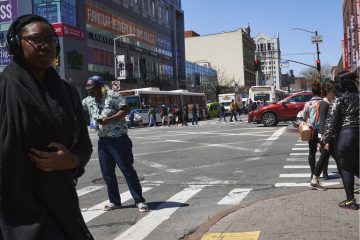 Pleased to welcome three outstanding guest photographers: Susannah Ireland, Jermaine Francis and Sabrina Merolla. Below are some highlights from their presentations at the event.

“When you’re freelance you have to compete with all the agency photographers, so you have to be quick. If something is too contrived, it’s not really photojournalism anyway. But you get much more intimate pictures from spending time with someone. If you want to delve into an issue, you have to do it yourself and send them the results in the end. Sometimes you need a name behind you, it gives you access and a support network.” – Susannah Ireland

Jermaine’s work is non-didactic, it is open for the viewer to explore. He is interested in the everyday and the unusual and wants to explore this in a dialogue. He curates around the topic of invisibility. He makes books, exhibitions and creates work for magazines. His practice has always been about how we negotiate and work in our personal and psychological space. “I am working in the public arena and there are conversations to be had in that space.”

In the Invisibles Project this space is the street. Tents started appearing across London. People associated those tents with Skid Row. There is an ethical conflict about photographing the homeless. Why are we doing it? To start a conversation about it. He photographed the tents in everyday spaces to highlight how many people ignored them and just walked past. He explores the relationship between us and the space in which we move. The council slashed the tents because they didn’t want them in places where they intended to construct new housing complexes. He saw the tent as a metaphor for the failure of our society to protect the vulnerable.

It was quite challenging to go out every day and to see what was going on. Some homeless people had mental health issues, others were running from abuse. It was a project he wish he didn’t have to make.

Then he asked himself “now what? Is there anything else we can do to help rather than just pat ourselves on the back?” Photography has the quality to amplify, to evoke emotions. He wanted to organise an exhibition to make people aware that they are complicit in this reality and to encourage them to donate money to the Samaritans.

“Photography tells a truth. I’m taking you on a journey and it’s your choice to engage with that journey, with my views and opinions. You can play with it and acknowledge that something can mean one thing here in London and another in New York or India.”

“When people realised that I was taking photos of the invisible man, their behaviour towards him changed.”

“High-vis can also make you invisible. It can indicate your class and status. You can get away with doing a lot of things by wearing high-vis.”

He got socially profiled and approached by the police during the project. Suddenly he was in the centre of attention although his face wasn’t shown in the photos.

Project for ID (Utopia): What Brexit means for the rise of nationalism and what English nationalism could look like. What is Englishness? He grew up in the Midlands where he felt the idea of what he was told it means to be English was oppressive. The project consisted of montages and portraits of young adults whose idea of what it means to be English was less simplistic, more nostalgic, complex and multi-layered.

“One of the aspects I enjoy about photography is to go out into the unknown. You have to be open to be challenged, because you might be wrong.”

Come as You Are Project: It is about black identity and in particular about being black in the alternative music scene where white people often accuse people of colour of trying to be white. In his photographs of young black goths in a space which to them felt like their own, he explored “the struggle of finding a place in a community and still feel in between.”

Sabrina does not consider herself an activist but is interested in spontaneous underground antagonistic communities. She examines how communities are born and flourish in adverse environments and why nobody talks about them.

She considers photojournalism and documentary photography as a public service to the voiceless. As a photojournalist she sees it as her duty to make them heard.

From the point of the photojournalist, if you don’t want to intrude, everything is more challenging but more worthy. There is more intimacy, more mutual trust and respect and a connection that she cannot betray.

She wants the viewer to get a strong sense of humanity from her images. She wants us to see her subjects as humans, even without necessarily agreeing with their views.

West London Zine is a Photojournalism Hub ambitious programme that provides practical opportunities and media experience and training for youths (16+).

The project enables participants, under the guidance of a media professional facilitator, to work on their own journalistic and photo stories which are then published to produce an online zine covering local news.

The project provides the invaluable opportunity to publish own work, generate content for a working Portfolio and receive practical guidance and mentorship. The outcome will leave the participants with a body of published work that can assist them in accessing further education and/or work placements.

The project will equip the participants with:

To learn more on the project and/or would like to hire us to run a West London Zine project within your organisation, please email: cinzia@photojournalismhub.org