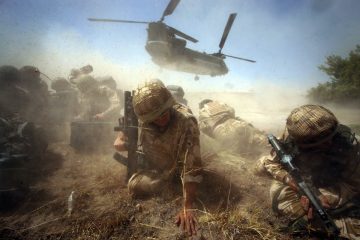 Susannah Ireland, is a freelance photojournalist and documentary photographer based in London, UK but working internationally as well. She began her photojournalism career on a local news agency in Birmingham in 2006, graduating to London the following year to work principally for The Times and Independent newspapers. Following a brief stint working in India, Susannah moved back to London and now undertakes news, features and portraits assignments for a variety of international clients such as NBC News, The New York Times and NRC Handelsblad. She is a member of Women Photograph – a platform of independent photographers working to elevate the voices of women and non-binary visual storytellers worldwide. She is particularly interested in documenting the humanitarian impact of conflict and environmental disasters on local communities.

Jermaine Francis, is a London based Photographer who works with portraiture and conceptual documentary projects, using editorial, personal projects, and books as vehicles to tell these stories! Jermaine’s work has appeared in publications such as I-D, The Face Magazine, Autre Magazine & Beauty Papers. His work has recently appeared in Aperture’s latest publication the monograph Photo No, No’s, as well ICP book ICP Concerned, Global Images for Global crisis! Jermaine’s work has also exhibited at the National Portrait Gallery as part of the Taylor Wessing, The International Centre of Photography NYC in the group show #ICPConcerned and his solo show ‘The Invisibles’.

Sabrina Merolla has collaborated with Photojournalism Hub for more than one year. She is an awarded photographer, cultural studies researcher, multimedia journalist and participatory photography facilitator. Sabrina has a strong work ethic and is committed to telling stories in which the general fairness of the narration is granted by long pre-field and on-field research. She focuses on the environment, communities, health and human rights.

Donations are welcome. To Join: HERE