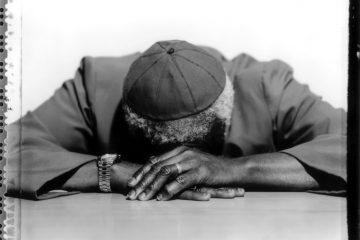 The third Photojournalism Nights event guests speakers Jillian Edelstein, Roland Ramanan, Valentina Schivardi answer questions posed from the audience on their work and practice. Their answer lead us into their journey of resilience and commitment in voicing stories of prejudice, injustice and poverty.

From Sabrina Merolla : Well, you say you are not a photojournalist, but you are showing a stunning example of long-form traditional documentary photography. And the method you described, plus the interviews, make me think of serious socio-anthropological research perspectives. Out of curiosity: what do you teach and what kind of formation do you have?
I would certainly say that I am working within the long form documentary tradition with people like Eugene Richards being a big influence. Richards was a social worker and I am a special needs teacher. I started as a primary school teacher and now I work with a local authority advisory service. I think this gives me a certain training to be able to work with people, empathise and present my ideas.

Really powerful stories and you have shown them all as whole human beings without judgement. You obviously gained their trust, how did you establish consent?

I establish consent by showing them honesty and trying to be clear about what I am doing. That was not always easy and I had set backs. A piece about my work in the local newspaper (which I thought was written sensitively) damaged my relationship with some individuals for a long time. I have more or less given up on trying to get formal written consent, I think it establishes more barriers than it removes. I try to show the work as its developing as much as I can practically can. At the start of the project I didn’t really know what my aims were, now I can be much clearer with people what I’m trying to do and that really helps to build trust. That, and just being there; relentlessly!

Roland, how do you feel about the work now and how do you see the work evolving or is it now finished.

Well, its not finished in terms of becoming a book. I have this on good advice from my mentor and others I trust so I need to keep working and thinking about different angles. Sometimes, nothing happens in the work and I get very down and frustrated but it just takes one good picture to lift my spirits. Just being there and hanging out for hours is something I find gets harder but its what I need to do. You need to find new angles to generate different situations. So at the moment , that means going to the foodbank/church and joining there – once it starts up again. That may lead to other things like photographing a baptism which would be amazing – tantalisingly now just out of reach. But I’m in no particular hurry.

Very interesting work but there are some ethical issues for me when photographing vulnerable people. Do you make people aware of the fact the photos are being made public? Do you get model release forms from people?

I did worry a lot, previously about model release but I don’t need it for a documentary/art project. It is non-commercial use. In the end, you simply have to demonstrate your own integrity and question your own motives over and over again. No model release is a substitute for that.

Roland Ramanan’s compelling image of Nina from his powerful ‘Gillett Square’ series is featured among other great photographers in Paul Sng’s This Separated Isle photobook, which is currently being crowdfunded on- https://www.kickstarter.com/projects/invisiblebritain/this-separated-isle If you can, please support this photobook of stories and portraits exploring concepts of identity in modern Britain.

How did you protect yourself from the trauma of these stories?

I think it was hard for people to see people (mainly men) who had performed unspeakable acts and atrocities, walk free …but the concept of forgiveness espoused by Tutu, Mandela allowed that to happen. It is to be commended and admired. It was a powerful ‘tool’ to call upon, to draw out, to involve many victims of human rights abuse, torture and conflict. The fact that it happened was remarkable. It helped. It may not have healed but it was powerful in the transition process. I don’t think it ever hoped to turn things around overnight. The compromise is that it is human fragility, survival , emotion at stake ; sadly we don’t seem to learn from history.The after effects of Apartheid and it’s ugly legacy will be felt for decades to come.I was lucky enough to be able to ‘come and go’ as I had my work, my family life in the UK, so being able to leave it, feel a certain distance from it and then later revisit the horror of it intermittently was an enormous saving attribute.

Excellent thanks! How long did you document their ceremonies and are you still in touch with the community?
The first ceremony was back in 2009. Yes, we are still in touch – I’m still working on this project.

Just wondered why the men in this community were not featured so much in the photos?

I guess because women are more photogenic. I’m just kidding. Actually, there were more men than women featured in the editing I showed.

Is the project ongoing? what’s next?

Yes, it’s an ongoing project. I’d love to make a book next.

When you were working on the project were you thinking about making photographs for them at the same time as making pictures for yourself? Did you take different approach for these?

This is a very interesting question for me. Yes, when I’m working on this project I think about both taking pictures for them as well as for myself, which can be tricky. Luckily, it’s been clear in my head since the beginning: I was able to start this project because I was hired to take photos for them. This allowed me to find a point of entry to their community. When possible, I work with an assistant, to make sure that he/she can cover the event for them, so that I can focus on my own project.

Given that the subjects seemed very keen to pose, did you capture moments where subjects had their guards down?

Oh yes. This is a question I had in my head since the beginning. What makes a photograph a more authentic and honest representation of someone? On one hand, it’s fascinating to see how my subject is very conscious of the camera. There’s something very strong about the way they always seem to know exactly how to pose. On the other hand, I’m also interested in showing how contradictory and much more complex we can be, by trying to capture my subjects off guard.

Oh yes. This is a question I had in my head since the beginning. What makes a photograph a more authentic and honest representation of someone? On one hand, it’s fascinating to see how my subject is very conscious of the camera. There’s something very strong about the way they always seem to know exactly how to pose. On the other hand, I’m also interested in showing how contradictory and much more complex we can be, by trying to capture my subjects off guard.