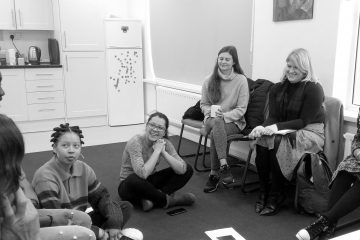 Knowing You is a photography project working with women of different faiths and backgrounds to inspire bonding, creativity and community cohesion.

‘Knowing You’ is a photography and community project that aims to erase barriers, foster cohesion, acceptance and creativity using photography and storytelling to produce photostories based on the participants.  The first ‘Knowing You’ project took place with women of White City and it culminated in the creation of powerful stories and photographs collected in a Knowing You photo book

The Knowing You project is among the 40 selected projects ‘deemed exceptional’ and has received a Recognised Award from the Faith & Belief Forum  and Her Majesty’s Lord Lieutenant of Greater London’s Council on Faith for having provided support, respite and are working to make London a city that is inclusive to everyone and continuing to do so despite the challenges posed by the current pandemic.

Photojournalism Hub will be running a women photography project ‘Knowing You-2’ starting on the 13th March 2021 (to be confirmed).

We invite women living in London W12 to express their interest in joining in this wonderful free project by contacting cinzia@photojournalismhub.org

The project is kindly supported by the National Lottery 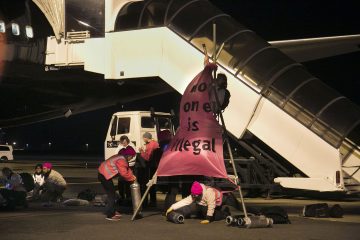 Jim Mortram, is a social documentary photographer and writer, based in Dereham, Norfolk. He is well known for his powerful and ongoing project , Small Town Inertia, which records the lives of a number of disadvantaged and marginalised people living near to his home, in order to tell stories he believes are under-reported.

Kristian Buus, is a freelance photographer based between London and Copenhagen. Much of Kristian’s work is covering protests and civil disobedience which relates to climate change issues and civil rights. Over the years he has been on the frontline of many direct actions in the UK following events, often very fast moving, involving police and a lot of stress covering them from a news perspective. Over the past few years, Kristian has focused on getting to know through portraiture and interviews, what drives people who put themselves at risk of arrest and possible injury, to amplify their voices. With this approach, he has covered the early stages of Extinction Rebellion and the Stansted 15 protests.

Maria Tomas Rodriguez, is a senior lecturer in Aeronautical Engineering in the School of Mathematics, Computer Science & Engineering. Among the many awards, Maria has won the Best Documentary Photography Award at the prestigious 2019 British Photography Awards with her work that focuses on Senegalese traditions.The Photojournalism Nights is an event that promotes committed and courageous photojournalism and engages the public to social justice and human rights.

To join us HERE